The first regular season in Field of Dreamer’s history came to an end on a cool night under the Bellwoods lights. The people who began the season as a motley crew of outcasts on the diamonds of the city streamed onto the SkyDome field like seasoned pros.  They pulled bases from the bags and set up the field, they spread throughout the field playing catch, stretching and taking some swings, they dusted their jerseys and adjusted their caps and set out to finish this historic season – all of them with an eye on next week’s playoffs.

The early evening tilt featured the Hustle & Trout in a preview of the first ever post-season game in Field of Dreamer’s history. The Trout glistened in their powder blues as the Hustle shined in their flashy yellows as Niloofar Golkar dug in for the first at-bat, a base-hit to left field.  The fish were flying from the onset of the game and Niloo’s hit was followed by a series of swats that had the Trout sucking air through their gills as they rounded the bases!  The Hustle were in for a tough game as they reeled back on their dancing shoes and teetered to a 10-3 deficit.  The brilliant plays by the lovable Trout was contrasted to the flip flopping on the dance floor of the Hustle. Notably, Craig Fortier took a couple tumbles in the batter’s box and it seemed that perhaps the Hustle were going to spend the rest of the dance as wallflowers to the formidable fish.  The crowd of fans (mostly Don and Rouge River players) found it hard to watch the game as the gleamed at the newly minted “Ball-In-Cup” champion, Alex Brant stationed at first base.

However, in a moment of desperation, Richard Peters took Craig aside and explained that the problem was that his socks were on the wrong feet and that’s why the Hustle had gotten off to a bad start. And so it was that the player known as “bumble bee” striped down to his bare feet swapping his black and yellow striped hose onto opposite sides. The Hustle had triggered the first 8-run mercy limit and it was at this point that they began to get their footing, maxing out at 8 runs with some incredible runs by Yogi Acharya, Janine Caster, Andrew Norton, and some hands on guidance by Richard Peters.  The game quickly turned it’s tide back in favour of the Hustle, though both teams danced to the finish line with grace.  The final score of 19-12 doesn’t accurately reflect the nail-biting closeness and with another slow start against the Trout in the playoffs, the Hustle might finally lose the number spot on the Billboard charts. (Craig Fortier – Humber River)

On this same cool night in September with our Frisbee-throwing friends in the distance, the Ballsheviks hard-fought and won their last pre-playoffs coup. But they also found out, inning-by-inning, that the stomping Mastodons may be their revolutionary equals. The crowd sat at the edge of their seat not knowing the victor until the very last batter in. They witnessed some of the best-made baseball all season.

Six innings in total, riveting each in equal measure. The Ballsheviks started off hot with a 2 run lead. But the lovable giant beasts pump a lot of blood too so the game heated up even more: the Dons had a perfect 2nd inning to change their fate with 7 great hits, no outs and 5 runs, and the Ballsheviks pushed back with a back-to-back spectacle of out-of-the-park hits by Andrew Stokes and Jarl Gardner.

Then, the tide turned in the 3rd inning with a dreamy home run by Darren Puscas that brought 3 batters home, coupled with brilliant defense in the bottom of the 3rd that held back the Ballsheviks from scoring their max 5 putting the Mastodons 1 point ahead.

In the 4th a spectacular hit by Ryan Hayes sealed the fate of a third 5/5 score for the proboscideans that triggered the new and more equitable mercy rule giving the Ballsheviks the chance at catching up, which they did. But it wasn’t the rule that made the Ballsheviks turn their fate, it was their hard-hitting inning and awesome skills that scored them 7 runs putting the game at a nail-biting 16-15 score in their favour.

The 5th and 6th innings were gripping. “What’s the score?” asked a Ballshevik player. All the players looked toward their coach, Merle. “Does the score really matter, like, aren’t we here just to have fun?” replied Merle. The score was tied.

The Ballsheviks squeaked out a victory with their very last out. The last words of the night went to Jess Duarte who reassured the field her “teeth are still in” after a fielding mishap. But Ballsheviks beware, because the last words may have been prophetic: when both teams face off again in the playoffs next week, the Mastodons will show their teeth. (Jessica Duarte – Don River and Umar Saeed – Rouge River). 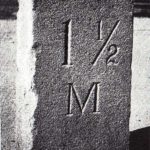 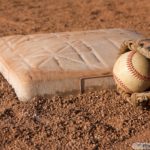 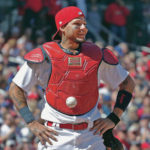 Robyn Letson (51) and Peter Demakos (50) become the 25th and 26th players in league history to record at least 50 hits and the first set of teammates to do so on the same night!