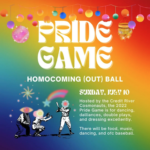 The Gamma Rays played two games and split the molecules! In Week 8 the Gamma Rays created a rainbow miracle come-from-behind victory to give the Moulin Rouge River Riff Raff their first loss of the season 13-12. In Week 10 a historic moon shot by sub Lucky Visvanathan was tracked down in one of the all-time great outfield catches in Field of Dreamers history by Yuri Gagarin Medal of Honour Winning Cosmonaut Darren Puscas – the Gamma Rays fell 13-12 to Credit River!

The Cosmonauts also played two games over this span and also split their schedule. In Week 9 they torpedoed down from space and fell 15-3 to the Humber River Hype. In Week 10 using kick-saves via Annelies, mighty double plays, and Darren Puscas’ taking flight they were victorious against Garrison Creek by a score of 13-12!

The Riff Raff who began the season 5-0-0 had a hard three weeks where they lost all three of their games! In Week 8 they lost a heartbreaker pride game by a score of 13-12 against the Gamma Rays. In Week 9 they were overmatched by a strong Don squad and fell 12-9. In Week 10, they were shocked by a 10 run Hype final inning highlighted by a Corey Snelgrove grand slam to fall 14-13. Despite this slide, they remain in the top spot in the standings at 5-3-0!

The Don River squad had a fantastic three weeks going 2-0 in the games they played. The Goin’ Goin’ Dons showed out for a powerfest against the Humber River Hype during the Pride Game – winning 20-9. In Week 9 they continued their slugging by handing Rouge their second loss of the season with a 12-9 victory. Don River is looking like a team in ascent and the question will be – does it have enough to get out of the park?

Humber River played excellently in their three games during this period! After falling to Don River in a blowout Pride game 20-9, they performed fantastically in Week 9 to claim a 15-3 victory against Credit River and then also in Week 10 where they stunned the Moulin Rouge River Riff Raff! Humber is also surging up the charts and has closed the gap between the three teams ahead of them in the standings.

END_OF_DOCUMENT_TOKEN_TO_BE_REPLACED 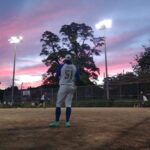 The Gamma Rays played three games this week and won them all! In Week 5 the cosmos aligned as they snuck past the Credit River Cosmonauts thanks to an 8 run 5th inning to win 18-17. In Week 6 they pew pew pewed hits across the diamond that stunned the Humber River Hype – with a 15-12 victory. In Week 7 they showed their electromagnetic force slugging past the Don River Goin’ Goin’ Dons! by a score of 16-10. Maybe most notably, the Instagram video of Gamma Ray Nat Saavedra cranking a home run went moderately viral on our Field of Dreamers account. All round an excellent fortnight for the green goblins of planet gamma!

The Cosmonauts also played three games over this span, but fell in all three of them. In Week 5 they crashed after launching to a massive lead against the Gamma Rays, falling by a score of 18-17. In Week 6 they tried to be Guardians of the Galaxy but weren’t able to save the planet from the Goin’ Goin’ Dons dropping a heartbreaker 16-15. In Week 7 they stalled mid-space and nearly pulled off the secret “Hot 10” plan but came up only with a “Scorching 8” to fall to the Moulin Rouge River Riff Raff 20-18. The Cosmonauts, however, continue to have the oddest record in the league at 1-5 with only a -2 run differential. Once they get ahold of Major Tom or Rocket Man they should be able to right the ship!

The Riff Raff rambled are now 5-0 to start the season thanks to two more convincing wins! In Week 5, they sache’d, dipped, and spun themselves around the bases to convincingly defeat the Humber River Hype 16-8! In Week 6 they sat out to refresh themselves and to learn their lines for the next Baz Lurhman show. In Week 7, they were back to work, stomping the Credit River Cosmonauts with precise hits and passionate play! Rouge River is vying to bring home a 4th championship in 5 seasons and declare themselves a dynasty!

The Don River squad had a rest in Week 5 to heal up some injuries and to secure subs for the weeks ahead. In Week 6, the Goin’ Goin’ Dons! looked fresh and loaded and they cashed in on baked potatoes a few times to defeat the Credit River Cosmonauts 16-15. In Week 7, however, Don River’s fly balls were stopped at the warning track as the Garrison Creek Gamma Rays shot down all potential missiles! Don went down to defeat 16-10. Despite the 1-1 record, Don River continues to shine on the field, making baseball with the best of them!

Humber River played excellently in their two games during this period but weren’t able to keep pace with the scorching hot Moulin Rouge River team! In Week 5, despite some peppy play, they were outmatched by Rouge River by a score of 16-8. In Week 6, they faced off against the Gamma Rays of Garrison, but again saw the Hype they were creating fall a little short of going viral with a 15-12 loss. Despite these two set-backs, Humber River continues to scratch and claw in the standings and don’t be surprised if they win some serious Album of the Year honours to match the hype they’ve already built!

END_OF_DOCUMENT_TOKEN_TO_BE_REPLACED 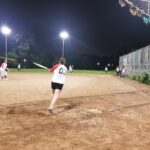 The Gamma Rays played only one of the two weeks, sitting out to recharge in Week 4, but in their only game during the round up, they played an exhilarating back-and-forth matchup against the [Moulin] Rouge River Riff Raff! The Riff Raff stunned the Gamma Rays dropping the greens by a score of 15-14. However, there were some notable highlights from Gamma Ray players including Kirsten Dick and Andy Smith who both clubbed home runs and contributions from rookies Gab Laurence, Ruthie Titus, Soren D’Alimonte, and Chris Yates. Samira Banihashemi and Jo Jefferson debuted on the season – and Nat Saavedra, Lainie Basman, Victoria Barnett, and LJ Robinson were electric in the field.

The Cosmonauts were the other team to have an off week during this round up, spending some time on the International Space Station during Week 3. But in Week 4 they orbited the Humber River Hype in a sky-high affair. Led by stellar defence and hits that landed in all corners of the galaxy, Credit River burst out to a 17-5 lead before crash landing in the 4th inning when faced with a 9 run rally by the Hype. But the Cosmonauts, like Sandra Bullock in the 2013 hit Gravity, hung on for dear life, and came away with an 18-14 victory. Special mention to Annelies Cooper who played excellent defence at first base in the last inning, to rookies Seb Higgins and Kat Kleine who circled the bases at warp speed, to veteran Darren Puscas who made his 2022 Credit River debut, and to Jenny Chan who once again sported their famous double zero “00” jersey!

END_OF_DOCUMENT_TOKEN_TO_BE_REPLACED 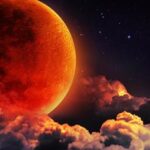 TWO EXPLOSIVE WEEKENDS, ONE UNDER THE BLOOD MOON ECLIPSE

The weather was perfect for the opening two weeks of the fifth 2022 Field of Dreamers season! In celebration of the fifth season, Jim from Logo Magik, our jersey supplier, added some touches and flourishes to our jerseys including gold numbers on the back, team names, and a 2022 commemorative logo on the front.

In the opening game of Week 1, both the Credit River Cosmonauts and the Don River Goin’ Goin’ Dons! hoped to defy gravity. While in the evening matchup, the Garrison Creek Gamma Rays hoped to shoot lazers all over the field as the Humber River squad searched for their true identity!

In Week 2, the Credit River Cosmonauts welcomed the defending champion Moulin Rouge River Riff Raff to the international space station we call SkyDome to bring them into the 2022 season, while the evening matchup pitted the Don River Goin’ Goin’ Dons! against the green goblin Garrison Creek Gamma Rays!

END_OF_DOCUMENT_TOKEN_TO_BE_REPLACED

If you’d like to help the league and/or learn more about baseball, this is a great opportunity! Even volunteering for one game goes a long way. Just show up early or stay behind after your game one week. Umpires help other players focus on play and keep the flow of the game going. You don’t need to be an expert at baseballing to be an umpire. If you want to learn or be mentored we can make that happen! This year the schedule has four slots per game: 2 ‘experienced’ and 2 ‘learning’ players. If you are learning, we can have you shadow and get you in a spot to succeed and make some easier calls while helping keep track of outs/runs/etc.

As a reminder, we use the same Guiding Principles when communicating with umpires as we do with other players in the league. The umpire’s decisions are final, and we can talk between innings or after the game for clarification.

Sign up here to umpire AND to learn! The schedule is here. If you see an empty slot in a time that works for you, put your name down.